The hatching conditions of A Grade Artemia Nauplii Brine Shrimp with Shell (Artemia eggs) are usually inflated in hatching barrels, tanks and tanks. Hatching rate is a yardstick for measuring the hatching effect of eggs and the quality of eggs. The rate of hatching refers to the percentage of eggs that are hatched. The factors affecting hatching rate are mainly the following. To get a good incubation effect, these factors need to be kept at the right level.

Incubation conditions: temperature, incubation temperature should be maintained at 25~30 degrees centigrade, preferably 28 degrees Celsius. The incubation time was prolonged at 25 C. Over 33 degrees Celsius, high temperature stops embryonic development. It is best to maintain constant temperature during incubation so as to maintain the synchronization of hatching.Salinity: Artemia eggs can be hatched in natural seawater and even in brine with a salinity of 100. But the hatching rate is generally higher in the lighter seawater. Commonly used seawater with salinity of 20~30.PH value: 7.5 ~ 8.5 is better, NaHCO3 can be adjusted too low. It has been reported that the most effective incubation water is to add 2% NaHCO3 to brackish water with salinity of 5. The addition of NaHCO3 to the incubation water is to keep the pH value not lower than 8.

Inflatable and dissolved oxygen: enough gas stones are placed at the bottom of the incubator, which should be continuously inflated during the incubation process to make the water roll over and avoid the formation of dead corners at the bottom of the incubator. It is reported that maintaining DO at a level of 2 mg / liter is the best way to hatch. Therefore, the aeration rate should be properly controlled, not too large, so that the eggs can be evenly distributed and avoid mechanical damage.

Egg density: the density of high quality eggs (hatching rate above 85%) is generally not more than 5 grams dry weight / litre. In order to maintain DO, the density is too large to inflate and inflate the larva. Bad for hatching. The density of eggs commonly used is 1~3 grams / liter.

Illumination: It is important to increase the hatchability of eggs soaked in fresh water within one hour after fully absorbing water. Generally 2000 LX illumination can achieve the best result. Incubation is often done with artificial light and illuminated by fluorescent or incandescent light from the incubator. 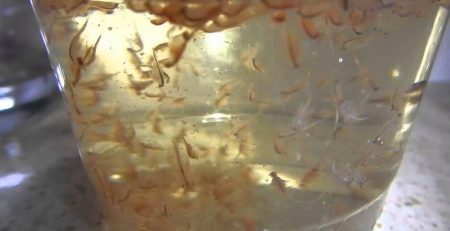 Instructions for Hatching Brine Shrimp In the page below you will find the Web's most complete and simple-to-follow brine shrimp... read more 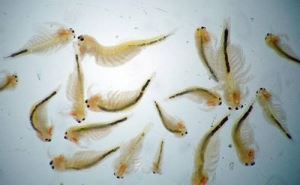 There are abundant protein, complete amino acid composition and high content of crude fat in the eggs. The unsaturated... read more 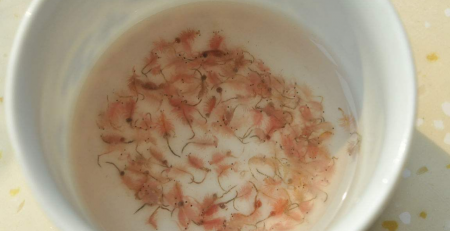 Globally, artemia shrimp are rarely found in water with salinity below 45 parts per thousand under natural conditions. Prawns... read more